After an extensive competition with several international agencies, Kega from Sassenheim won the bid to take care of the development, creative adaptation, production and distribution of G-Star’s global retail campaigns. The current ‘Style Mathematics’ campaign is one of the first manifestations of the collaboration.

About Style Mathematics
Finding a personal style may not be rocket science but, in its latest campaign, the Dutch denim label illustrates that you can always count on finding exactly the right match of ‘forbidden combinations’ at G-Star. G-Star’s own creative studio developed the campaign, which is all about the tagline ‘an outfit is more than a set of garments’. It symbolizes G-Star’s ultimate styling philosophy: finding contrasting clothes that don't seem to fit together as individual items and combining them into outfits for every day of the week.

G-Star + Kega. So much more than the sum of its parts
G-Star chose Kega as its partner based on the proven retail expertise, the combination of creation and production, years of omnichannel experience and the focus on employee engagement and empowerment. The shared goal is to ensure that the collaboration leads to an improvement of the retail performance and process optimization, on top of reinforcing the already strong foundation of the G-Star brand. 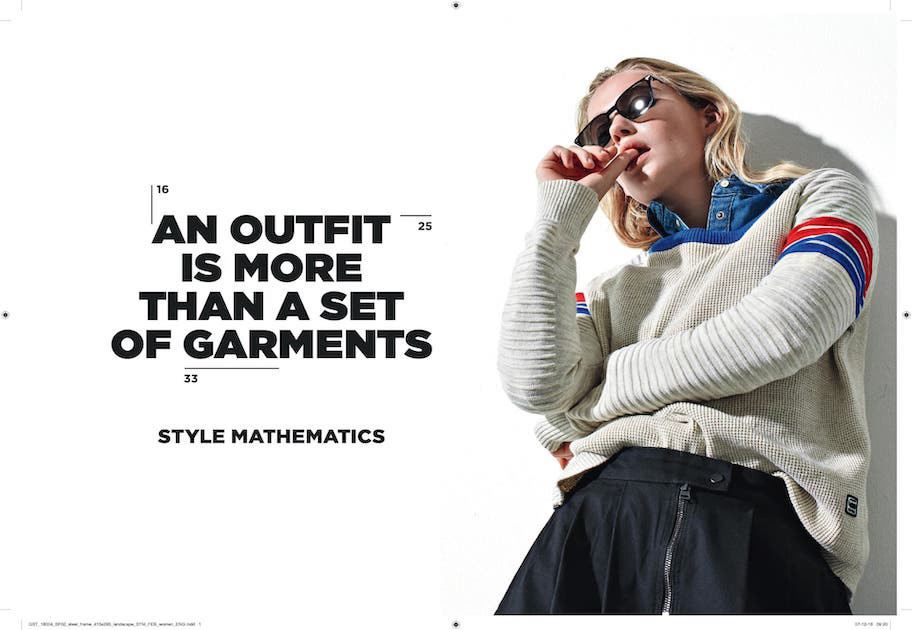