Knowledgeable, well-informed and motivated shop staff are indispensable in current retail. They present an opportunity to set yourself apart from your competitors, both online and offline. Which is why employee engagement is an important theme for every retailer.

Engaged staff, who are really involved with the retailer, result in better customer service, more satisfied customers, and better store performance. What's more, productivity is higher and staff turnover is lower. Research shows that reducing staff turnover by one employee a month already results in a rise in turnover of at least 6%. At the moment, only 17% of shop managers feel that their employees are highly motivated and engaged. So there's work to do.

Good, appropriate communication means engaged personnel. This communication not only motivates, but also ensures that shop staff are well-informed. And that they can also inform their customers well. More and more retailers are using an app that enables direct personal communication. An app that provides actual information about promotions, about shelf layouts and shop windows, and also nice motivational messages. 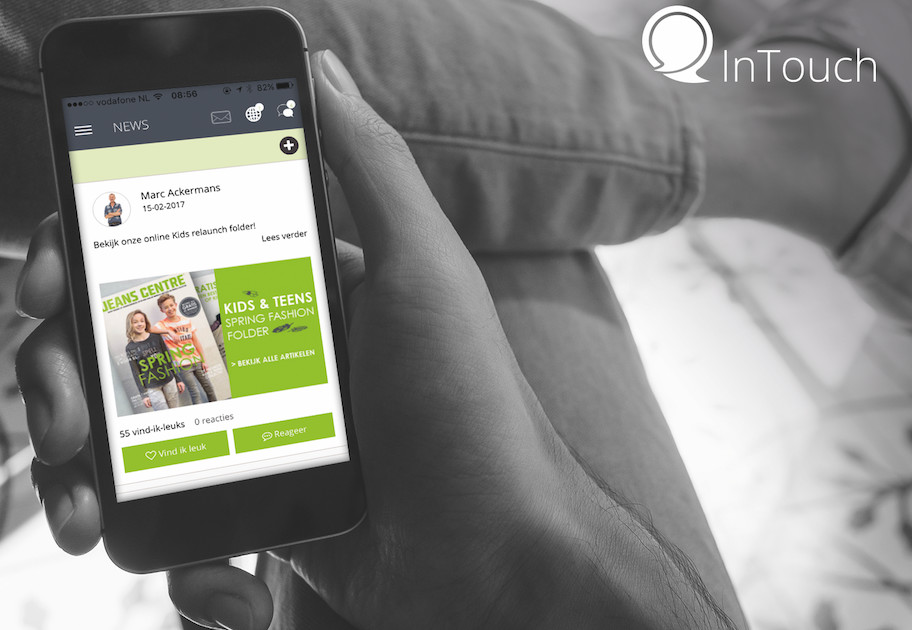 The staff can also use the app as a source of information. The app puts all their colleagues' expert knowledge within reach. In short, the possibilities are unprecedented. But deploying an app alone is not enough. It's also about what you do with it. And, of course, about how actively you use it.

Which app content works now and what does not? Kega has researched the effects of the Intouch app in the shop. We compared the engagement of staff who do and do not use the app. We also investigated which type of content has the greatest effect. The five most important conclusions are described in this article.

3. News reports are widely read, but do not always have an effect
More than 55% check the news reports more than twice a week. 21% even do this daily. So news reports have a positive effect on employee engagement. News about merchandise, anniversaries, purchasing and training contributes to this in particular. Competitions and news from customer service are very positively regarded by employees, but do not immediately provide more engaged staff. However, these messages ensure that the app is regularly used. In short, provide a varied mix of news items. Also make sure that there is something new to read every day, because there are many regular readers.

5. Active branch managers provide more users
It is important that store managers actively use the app themselves. If a branch manager does not use the app himself, an average of only 53% of employees will use the app (compared to 85% in total). For that matter, 30% do not use the app at all because it's unfamiliar. So make sure that the app has a clear place in the onboarding process for new staff and bring it to their attention regularly.